“Life is so easy with eSewa”, says Mr. Bijay Karki of Kathmandu, Nepal. A tech-enthusiast, he is a big fan of Mr. Biswas Dhakal and used to watch his interviews in TV. He came to know about eSewa in 2014 and made his first online payment paying for ADSL Internet. Then, he started using other services like top up, and other utility bill payments. He says movie ticketing has become a lot easier for him because of eSewa.

Recounting a recent incident from Dashain, he shares “It was the day of Tika and I was travelling. Petrol was running low, so I had to go to a petrol pump. But first, I needed cash, so I visited ATM booth, unfortunately, bank’s ATM was not working. Then, I remembered Valley fuel center which was nearby accepted Scan to Pay. So, I took my bike there for re-fill and paid via eSewa Scan to Pay”. He further says online payments has made daily lives much easier as we don’t need to worry about carrying cash all the time.

Furthermore, he appreciates eSewa’s Customer Support Department very much for their prompt problem solving. He says, once when he was using topup, the amount got deducted but his mobile was not recharged. He called eSewa and the amount was instantly reverted to his eSewa account. At the end, he says we can already use Scan to Pay at maximum stores today, but he hopes eSewa will expand its services to such extent that we end up using one to two of eSewa’s services on a daily basis. 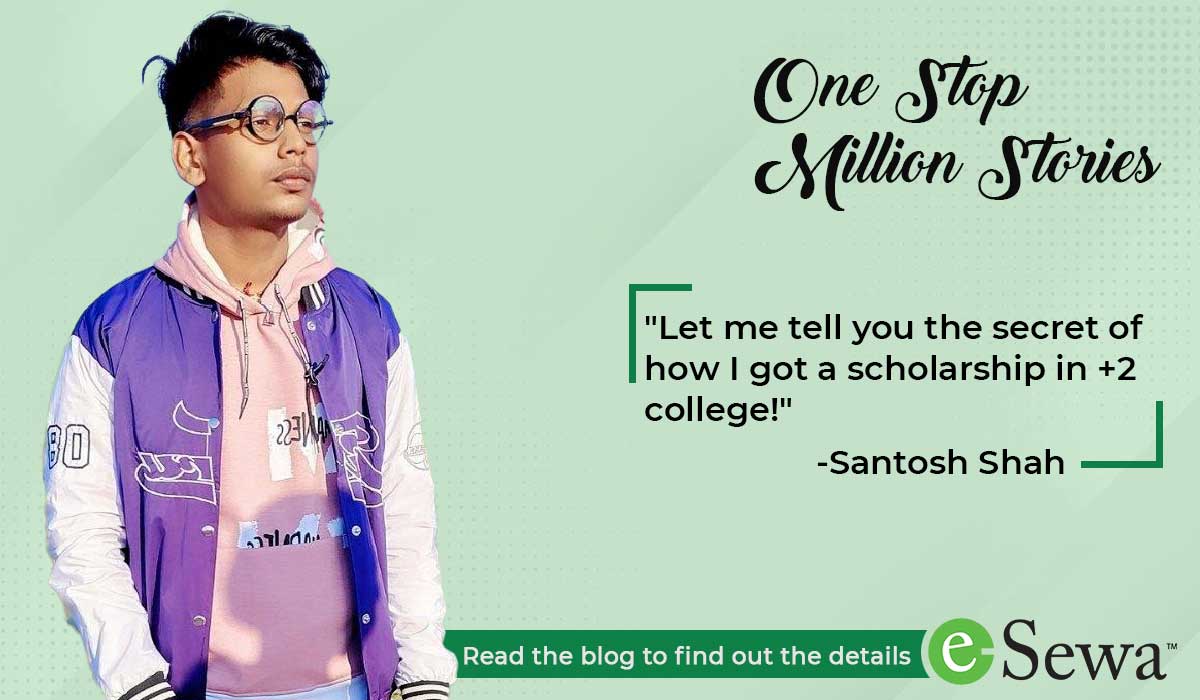 Scholarship after SEE was my dream come true!

I felt like the luckiest person when I received phone calls from both the college and eSewa. I strongly believe… You can be the next winner of FIFA WORLD CUP 2022 Predict & Win. So, partici[ate now from eSewa app!