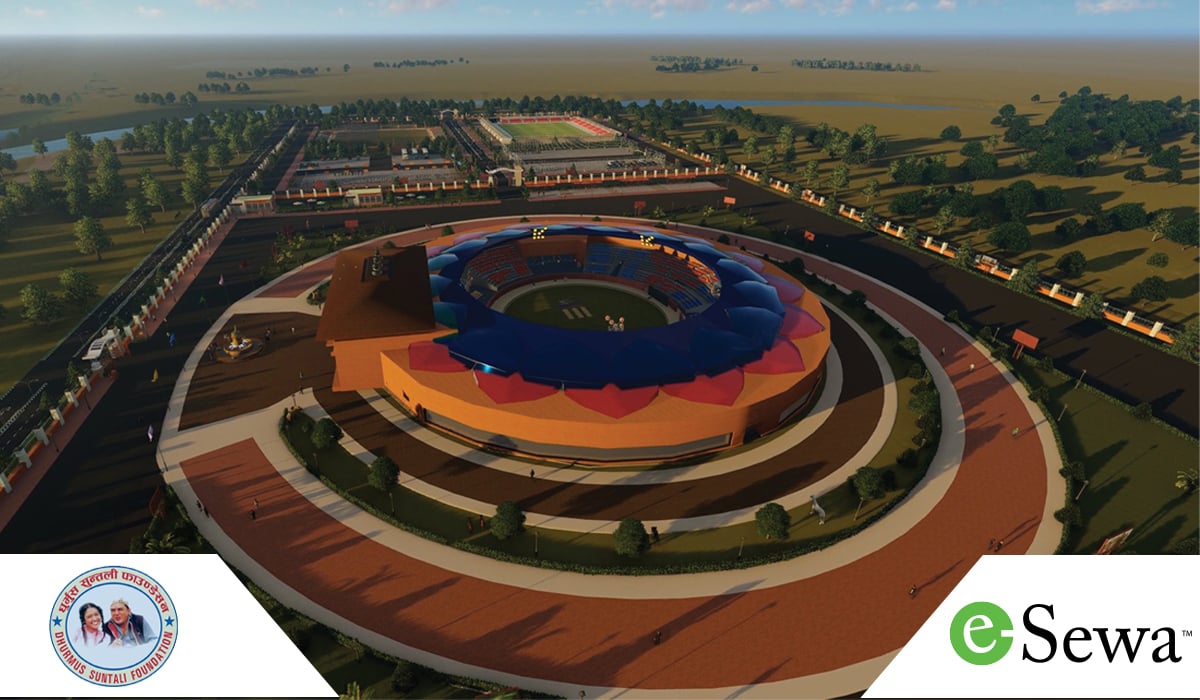 Gautam Buddha Stadium is one of the major projects of the Dhurmus Suntali Foundation which started in 2018. The Nepalese cricket team is continuously improving each day. Furthermore, the Nepalese Cricket team is now getting opportunities to play in international tournaments.

With growing cricket enthusiasts and various achievements in cricket platform, it is time for Nepal to have its own international standard cricket stadium. This mere thought paved the concept of Gautam Buddha Stadium.

Starting from December, Dhurmus Suntali Foundation has set up a food stall and started selling fruits, readymade snacks, and other food items in hopes of collecting funds for the construction of the stadium. You can also purchase tickets to the view tower for Rs. 20 and look at the surrounding areas.

In recent days, Gautam Buddha Stadium has started providing space for people to organize events. Nepalese have started renting the space for various occasions such as Bratabandha, and the receipts go towards the construction of the stadium.

The most recent, and probably the most interesting source of fund is associated with the ongoing ICC Men’s Cricket World Cup League 2 tri-series match. As Nepal competes with USA and Oman right here at TU Ground, people are showing support for the team by pledging donations per wicket by different players. The trend started with Sandeep Lamichhane and since then, many businesses have joined in.

Each and every penny you support goes for raising Nepal Cricket’s standard. So, click here and show your support.